The basic idea is that musicians often give instructions to the sound engineer that he or she can’t or doesn’t want to follow. For instance, a vocalist might say “Turn me up” in a soundcheck, but the sound engineer knows that the vocals are at a nice level already and any more amplification might cause feedback. Sometimes, this sort of thing can be communicated back to the musician in a nice way. But there’s also the fallback option; a fader on the mixing console that “Does F*** All”, aka DFA. The engineer can slide the fader or twiddle an unconnected dial, smile back and say ‘Ok, does this sound a bit better?’.

A couple of companies have had fun with this idea. Funk Logic’s Palindrometer, shown below, is nothing more than a filler for empty rack space. Its an interface that looks like it might do something, but at best, it just flashes some LEDs when one toggles switches and turns the knobs.

RANE have the PI 14 Pseudoacoustic Infector . Its worth checking out the full description, complete with product review and data sheets. I especially like the schematic, copied below.

And in 2014, our own Brecht De Man  released The Wire, a freely available VST and AudioUnit plug-in that emulates a gold-plated, balanced, 100% lossless audio connector. 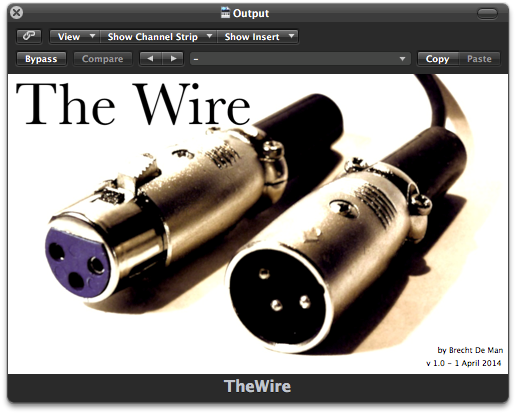 Anyway, the authors of this paper had the bright idea of doing legitimate subjective evaluation of DFA faders. They didn’t make jokes in the paper, not even to explain the DFA acronym. They took 22 participants and divided them into an 11 person control group and an 11 person test group. In the control group, each subject participated in twenty trials where two identical musical excerpts were presented and the subject had to rate the difference in loudness of vocals between the two excerpts. Only ten excerpts were used, so each pair was used in two trials. In the test group, a sound engineer was present and he made scripted suggestions that he was adjusting the levels in each trial. He could be seen, but participants couldn’t see his hands moving on the console.

Not surprisingly, most trials showed a statistically significant difference between test and control groups, confirming the effectiveness of verbal suggestions associated with the DFA fader. And the authors picked up on an interesting point; results were far more significant for stimuli where vocals were masked by other instruments. This links the work to psychoacoustic studies. Not only is our perception of loudness and timbre influenced by the presence of a masker, but we have a more difficult time judging loudness and hence are more likely to accept the suggestion from an expert.

The authors did an excellent job of critiquing their results. But unfortunately, the full data was not made available with the paper. So we are left with a lot of questions. What were these scripted suggestions? It could make a big difference if the engineer said “I’m going to turn the vocals way up” versus “Let me try something. Does it sound any different now?” And were some participants immune to the suggestions? And because participants couldn’t see a fader being adjusted (interviews with sound engineers had stressed the importance of verbal suggestions), we don’t know how that could influence results.

There is something else that’s very interesting about this. It’s a ‘false experiment’. The whole listening test is a trick since for all participants and in all trials, there was never any loudness differences between the two presented stimuli. So indirectly, it looks at an ‘auditory placebo effect’ that is more fundamental than DFA faders. What were the ratings for loudness differences that participants gave? For the control group especially, did they judge these differences to be small because they trusted their ears, or large because they knew that loudness judging is the nature of the test? Perhaps there is a natural uncertainty in loudness perception regardless of bias. How much weaker does a listener’s judgment become when repeatedly asked to make very subtle choices in a listening test? There’s been some prior work tackling some of these questions, but I think this DFA Faders paper opened up a lot of avenues of interesting research.