The Audio Engineering research team within the Centre for Digital Music is going to be present at ICASSP 2019.

Marco Martínez is presenting the paper ‘Modeling Nonlinear Audio Effects With End-to-end Deep Neural Networks‘, which can be found here.

Basically, given that nonlinear audio effects are widely used by musicians and sound engineers and taking into account that most existing methods for nonlinear modeling are often either simplified or optimized to a very specific circuit. In this work, we introduce a general-purpose deep learning architecture for generic black-box modeling of nonlinear and linear audio effects.

We show the model performing nonlinear modeling for distortion, overdrive, amplifier emulation and combination of linear and nonlinear audio effects.

You can listen to some audio samples here.

Details about the presentation: 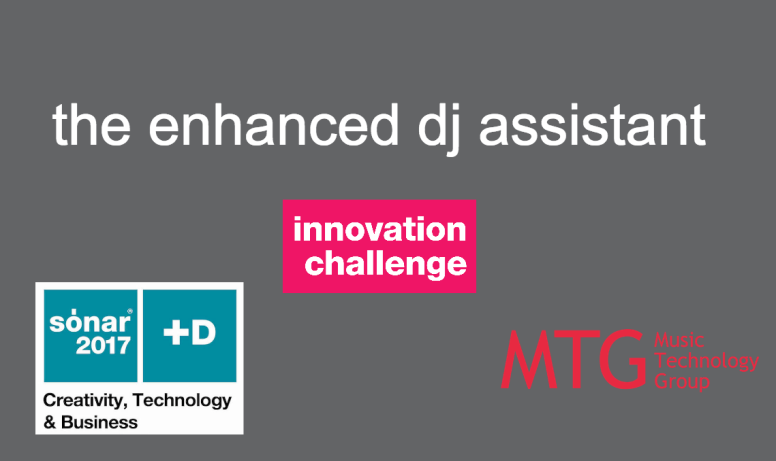 The Audio Engineering team (C4DM) was present in this year’s edition of Sónar+D in Barcelona. Sónar+D is an international conference integrated to Sónar festival that focus on the interdisciplinary approach between creativity and technology.

The Sónar Innovation Challenge (SIC), co-organized by the MTG, <<is an online and on site platform for the creative minds that want to be one step ahead and experiment with the future of technology. It brings together innovative tech companies and creators, collaborating to solve challenges that will lead to disruptive prototypes showcased in Sónar+D.>>

In this year’s challenge, Marco Martínez was part of the enhanced dj assistant by the Music Technology Group at Universitat Pompeu Fabra, which challenged participants to create a user-friendly, visually appealing and musically motivated system that DJs can use to remix music collections in exciting new ways.

Thus, after nearly one month of online meetings, the challengers and mentors finally met at Sónar, and during 4 days of intensive brain-storming-programming-prototyping at more than 30°C the team came with ATOMIX:

Visualize, explore and manipulate atoms of sound from
multitrack recordings, enhancing the creative
possibilities for live artists and DJs.

From multitrack recording (stems) and using advanced algorithms and cutting edge technologies in feature extraction, clustering, synthesis and visualisation. It segments a collection of stems into atoms of sound and groups them by timbre similarity. Thus, through concatenative synthesis, ATOMIX allows you to manipulate and exchange atoms of sound in real-time with professional DAW controls, achieving a one-of-a-kind live music exploration.

The project is still in a prototype stage and we hope to hear news of development very soon. 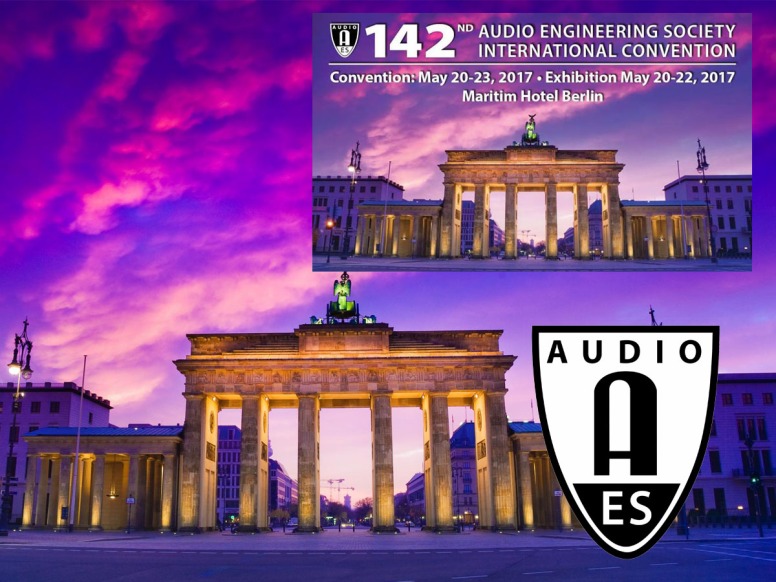 The 142nd AES Convention was held last month in the creative heart of Berlin. The four-day program and its more than 2000 attendees covered several workshops, tutorials, technical tours and special events, all related to the latest trends and developments in audio research. But as much as scale, it’s attention to detail that makes AES special. There’s an emphasis on the research side of audio topics as much as the side of panels of experts discussing a range of provocative and practical topics.

It can be said that 3D Audio: Recording and Reproduction, Binaural Listening and Audio for VR were the most popular topics among workshops, tutorial, papers and engineering briefs. However, a significant portion of the program was also devoted to common audio topics such as digital filter design, live audio, loudspeaker design, recording, audio encoding, microphones, and music production techniques just to name a few.

For this reason, here at the Audio Engineering research team within C4DM, we bring you what we believe were the highlights, the key talks or the most relevant topics that took place during the convention.

The future of mastering

What better way to start AES than with a mastering experts’ workshop discussing about the future of the field?  Jonathan Wyner (iZotope) introduced us to the current challenges that this discipline faces.  This related to the demographic, economic and target formatting issues that are constantly evolving and changing due to advances in the music technology industry and its consumers.

When discussing the future of mastering, the panel was reluctant to a fully automated future. But pointed out that the main challenge of assistive tools is to understand artistry intentions and genre-based decisions without the need of the expert knowledge of the mastering engineer. Concluding that research efforts should go towards the development of an intelligent assistant, able to function as an smart preset that provides master engineers a starting point.

Audio samples were reproduced and the quality of the audio produced by the digital model was demonstrated. However, it should be noted that the parameters of the digital compressor can not be changed, thus, this could be an interesting future work path, as well as the inclusion of other audio effects such as equalizers or delay lines.

Efficiency was tested and it was concluded that subjects preferred instrument icons as well as the traditional mixing interface. In this way, taking into account several works and proposals on alternative mixing interfaces (2D and 3D), there is still a lot of scope to explore on how to build an intuitive, efficient and simple interface capable of replacing the good known channel strip.

This tutorial, was based on the engineering brief ‘Quantization Noise of Warped and Parallel Filters Using Floating Point Arithmetic’  where warped parallel filters are proposed, which aim to have the frequency resolution of the human ear.

Thus, via Matlab, we explored various approaches for achieving this goal, including warped FIR and IIR, Kautz, and fixed-pole parallel filters. Providing in this way a very useful tool that can be used for various applications such as room EQ, physical modelling synthesis and perhaps to improve existing intelligent music production systems.

Source Separation in Action: Demixing the Beatles at the Hollywood Bowl

Abbey Road’s James Clarke presented a great poster with the actual algorithm that was used for the remixed, remastered and expanded version of The Beatles’ album Live at the Hollywood Bowl. The method achieved to isolate the crowd noise, allowing to separate into clean tracks everything that Paul McCartney, John Lennon, Ringo Starr and George Harrison played live in 1964.

The results speak for themselves (audio comparison). Thus, based on a Non-negative Matrix Factorization (NMF) algorithm, this work provides a great research tool for source separation and reverse-engineer of mixes.

Other keynotes worth to mention:

Analysis of the Subgrouping Practices of Professional Mix Engineers

A Study on Audio Signal Processed by “Instant Mastering” Services

The rest of the paper proceedings are available in the AES E-library.